Nine years ago, reeling from having the rug pulled out from under me, I entered a therapist’s office and asked, “what is wrong with me?”

The same question everyone around me has been asking for decades.

After years of sorting through my life, there was a diagnosis:  Obsessive Compulsive Disorder.  The symptoms were there—fear of contamination, handwashing, checking things over and over again—but every time I tried to challenge those compulsions, my head filled not with fear, but rage.

You know you hit the right disorder…when you read the description and are flooded with memories that completely match the symptoms.  It’s a relief to finally, finally have the right name for all this discomfort.

Then you realize you have a personality disorder.  Like, my personality is so far from normal that it’s “disordered.”  Time to resurrect that exceptional people book club, huh? 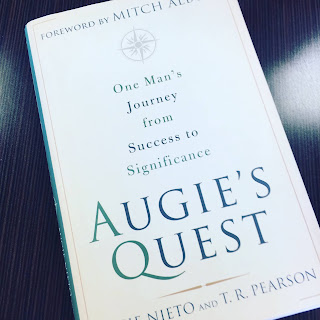 A man who turned his ALS diagnosis into great things...so why can't I?

Less than a week earlier, in response to a birthday text where a friend asked me how I was doing, I replied, “stuck on hamster wheels and lost down rabbit holes.”  Ironically, it’s a great description of what living with OCPD is like.

I feel like I’m on a hamster wheel, working so very hard to get things accomplished and checked off the list, but by the end of the day, having little to show for my efforts.  Even in these times, when the minutes drag by like hours, the days like weeks, and the months like years….the to do list seems to be growing instead of shrinking.  (Don’t ask about the bank account.  Spoiler alert:  it’s not growing nearly as fast.)

With OCPD, the organization and procedure for each task is detailed and precise.  Every step in the process has to be carefully thought out and planned.  If my brain even has one molecule of anxiety, I have to walk away and calm myself down.  And if the task isn’t done perfectly, I have to start from the beginning and redo it until it is perfect.

I probably look just like that hamster, expending all that energy with no forward progression.

Pretty much my entire life....via GIPHY

Well, I tend to dig a lot of them, and then proceed to get lost wandering around the resulting maze of tunnels.  It starts innocently enough with one task, like putting an item away in a drawer, but then I notice that the drawer needs to be cleaned.  As I’m taking out one item from the drawer to clean it, I notice it belongs in another room, but that space needs to be decontaminated before anything can go into there.  I start making a list of how to clean that space, and well, now that first item won’t get put away until I get that list completed.

Of course, life is what gets in the way of plans, and before I can finish that list, I have to sort the mail for an important document or clean out the car or get the laundry room ready for the possibility of something breaking and needing repair….

As I’m trying to fill up one rabbit hole, another dozen or so appear. 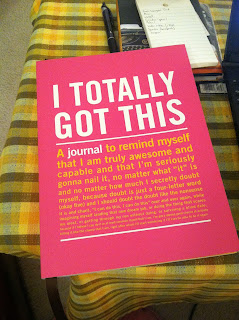 For years, I believed the issue was that I was lazy or disorganized or, dare I say it, stupid, to figure out how to function like a normal person.  I’ve spent a lot of time trying to fight my brain, which always wins, but now it’s time to figure out a life that works for how I’m wired.

It’s time to step off the hamster wheels and come out of the rabbit holes….and start writing the first chapter of the rest of my life.

This is great! My wife also has OCPD and this is the first time I've ever seen someone else talk about it! Thank you fo sharing your story ��

Thank you! I didn’t even know it existed...until my therapist mentioned it. It’s not fun, as you can attest, but I’m grateful to have a connection so quickly, because I said something.

I hadn't heard of OCPD before, but from the small description from the link in your post it's based on wanting order and perfection, whereas you said you fear contamination, hence hand washing. So it is possible you then have both OCPD and OCD? Is the treatment for OCPD different to OCD?

I actually wonder if the two share a closer bond. I know I have the order and perfectionism issues, but the difference is that OCD realizes they need to make changes, OCPD has more of a “if people would just do things MY way,” slant. While OCD sufferers do well with exposure training to challenge their compulsions, OCPD sufferers will go to self-harm if they don’t execute theirs. For example, the only way I break a compulsion cycle is to tell myself I deserve failure.

That’s how the treatment differs. Right now, I see it as the difference between software (OCD) and hardware (OCPD). OCPD is hard wired; my earliest childhood memories and stories revolve around things having to be ordered in my mind. So at this point, I see it as how to make my square peg work in a world of round holes. OCD is much simpler, as you can use CBT and ERP, along with medication to ease the anxiety. When I’ve been on medication, my mind grows more obsessive and compulsive, making it harder to function rather than easier.

I’m putting together a series of posts, discussing stuff in greater detail, and I’ll probably touch on a lot of these themes. Thank you for reading, and keep writing. You are doing so much good in the world.

I've never heard about this condition, I really appreciate your honesty with your post. I'm pretty sure there are persons out there that have your condition and will feel a sense of relatability and comfort. Sending you positive vibes! 😊

Thank you! I hadn’t heard of it until my therapist mentioned it. All these years of banging my head against the wall, not understanding why I couldn’t be normal, ended in a snap.

I wish we lived in a world where we embraced “different” instead of feared it, and so I’m going to keep speaking out. Thank you!

Thank you for sharing information about OCPD etc. It is important for us all to use our platforms to share information on anything and everything to provide support and people who can relate!
Lauren

Well, I feel so misunderstood in this world so much of the time, and this explains why. We do need to treat each other with kindness and understanding, listening and learning and accepting of differences. If my shouting into the noise helps one person, I’ll be happy. Thank you!