Welcoming in the Roaring 20s (and Mine Will Roar)

It’s been a year.  Well, it’s been a decade.  It’s hard to believe that when 2010 started, I was so looking forward to a precisely planned, perfect future.  That January, I attended a primary candidate forum….and everything changed.  It’s been a difficult journey, one that is hard to regret taking, but I’m still here, looking at 2020, and trying to figure out a new future. 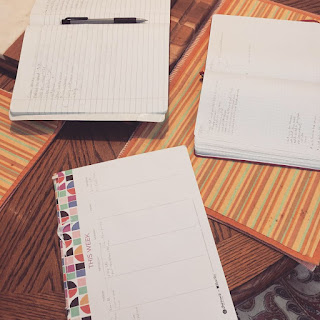 We’ve all had that moment when the rug was pulled out from under us.  For me, it was Labor Day, 2011, when the man I wanted to marry….told me our relationship was over.  It broke me, but looking back on it now, it led me to so much more.  The resulting depression led me to a therapist, which led me to understanding why my brain was wired the way it was, which led me to realize that how I was living my life wasn’t in synch with my brain wiring.

However, there was an even bigger revelation.  My mother, trying to maintain order in her own head, emotionally abused me.  It’s interesting, really, how a child sees their reality as “normal,” until they hit a point where they see there are other realities.  For me, it was working with a therapist who pointed out the times my mother, with her endless controlling behavior, crossed the line from being helpful to hurtful.  And hurtful she was.  Not only did I believe that her depiction of me was true, it had made me passive and controllable, which literally ate me up inside.  It’s her words, not mine, that I’ve said to myself in the mirror all these years.

Due to both nature and nurture, my brain processes things differently than most people, but I’ve spent the last 45 years trying to fit my brain into a “normal” mold.  It hasn’t worked well, leaving me exhausted, frustrated, and feeling like a failure.  Now that I understand all of this, I can spend the 20s creating a life that fits me and my brain, then helping others do the same.  It seems so counter-intuitive that a country whose founding principles are all about accepting and tolerating differences…has so many people suffering from anxiety and depression because they feel too different.  Perhaps I can do something about that, but I can’t from where I am now.

I see where I want to be by 2029, but I am starting at the bottom of the mountain.  This year, my goal is to build a solid foundation from which I can tackle harder things.  It means creating financial security and stability.  It means retooling my house to be a place of relaxation and comfort.  It means cleaning out all the survival anxieties that cloud my decisions and sap my energy.  It means missing the run club’s annual run to Lake Michigan to instead hustle for income.  It means walking away from all the things I do to escape from the challenges and instead face them head-on.  It means working hard towards my goals, even when it’s not easy.

2020 is probably going to be my most challenging year, but I have all the support and resources I need to come out of it successful.  It’s time to make my 20s roar.

Posted by Erin Westphal at 8:47 PM No comments: